Your favourite font … and what it says about you. Everyone on this planet has got their favourite font. And whether you like it or not, your choice of font is usually a direct reflection of who you are as a person and brand.

From Helvetica to Comic Sans, we dive deep into what your favourite font says about you!

If you use Helvetica, you’re probably never going to cease from using Helvetica. In your opinion, other typefaces will never quite match up to its classic, accessible simplicity. You’re probably a designer, and if you’re not a designer, then maybe you should be. You tend to like neutral things and maybe your personality can be a bit swiss.

If you’re on the Calibri buzz, odds are you’re an avid Microsoft supporter. You think Androids are better than iPhones and you swear on your life you’ll never be swept up in the Apple ‘phenomenon’. Secretly, deep down you know a Macbook Pro will make your life easier but you’re too stubborn to cave and will never tell anyone you dream about Steve Jobs.

Let’s be honest, you’re probably quite lazy and unimaginative. You use this font in documents because it takes up so much space it looks as though you’ve written more. You’ll never be as cool as people who use Helvetica, but maybe that’s ok – you’re not overly bothered, because caring requires too much energy.

You’re a boomer. Other fonts are waaaay too woke for you. You’re afraid of change and quite possibly don’t even know how to change. Your adult child has told you time and time again how to navigate this new technological world, but how can one possibly keep up!? And if only you could find your glasses!!! Technology is so frustrating! Stupid machine!

You’re probably a teacher. Or a Karen. You think you know better than everyone else so choose a font that all the dumb-dumbs can read. You use Verdana in a large point size just to be sure you’re making yourself heard LOUD AND CLEAR or need to speak to the manager

We get it, you’re a bit of a joker. You would never take yourself too seriously, but don’t worry, we wouldn’t dream of taking you seriously either. You probably use clip-art in corporate documents and sign off your emails with “See ya later, Alligator” or “Adios Amigos” maybe even “Better shake, rattlesnake.”

Your addicted to smoking and black coffee and were the cool, mysterious person at polytechnic in 2006. You tell people you’re a software developer, but actually you’re unemployed and have been living at your mum’s house for a decade now. Your favourite movie will always be the Matrix. 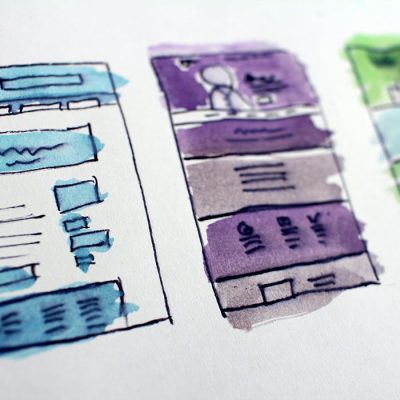 We deliver innovative and tailored brand experiences to clients big and small. Tell us who you are and what you do, we already know the why.